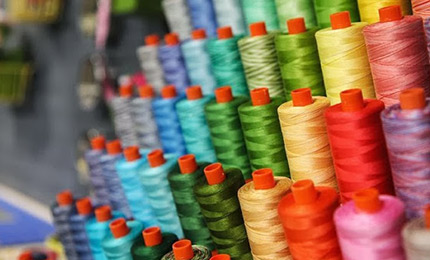 Grand Central Dispatch (GCD) is very clever in that “work submitted to dispatch queues are executed on a pool of threads fully managed by the system. No guarantee is made as to the thread on which a task executes.” The last sentence is subtle, but has critical implications: GCD is not for thread-unsafe, shared resources.

The Problem with GCD

Using serial queues is great for enforcing thread-safe arrays or collections. However, more complex resources, such as a database, is where GCD falls short.

Take Realm and Couchbase Lite for examples. To achieve data consistency, results retrieved from the database are “auto-updating” across all threads. When changes are made to the database, internal notifications are triggered to keep your variables updated in real-time. This is possible because the underlying database is shared across various instances.

The problem is when you pass managed resources across threads and changes are made from the other thread. The transaction version would be forked and dangerous to reconcile. So most libraries built around shared resources have left it out, others like Core Data have gone the extra step to enable thread safety for managed objects, but come with their own issues like “faulting“.

Let’s look at a simple example:

Data was retrieved from a remote server and we would like to persist any updates from the server. The catch is that the “URLSession.shared.dataTask” completion handler runs on its own operation queue. We run into a crash because the Realm resources are being updated from another thread.

Queues and Threads Are Not Created Equal

The solution for resources like these is to use ‘ol fashion threads instead of GCD:

Notice I’m referencing the original thread where the resource was created, which cannot be assumed to be always the main queue. Then I’m performing a process under that thread.

The Thread API’s are super archaic though, so I’ve added some helpers to make it more Swifty:

I’ve added new “async” and “sync” functions that accepts a closure. Then performs the process via selector by passing the closure to a private “run” function. Notice the closure has a type alias with “convention“. This is so Swift can pass a closure to the C-language underneath for the thread.

With all this abstracted out, now we can do this:

For creating threads and adding queue-like API’s, this Thread library was a gem to work with.